Things To Do In Jamaica?: A trip to Jamaica is so much more than laying on the beach soaking up the sun and drinking Jamaican rum punch. There are a ton of things to do in Jamaica, so plan on getting off the resort a few days or making the most of your port day in Jamaica if you’re on a Caribbean cruise.

If you’re coming from the states flights to Jamaica are really reasonably priced and only a few hours away. Even for those traveling to Jamaica from the UK, there are crazy Jamaica deals for flights & hotels for under £700.
We’ve been traveling to Jamaica for over 10 years and with 6 trips to Jamaica in our passports were going to share with you some of what we think are the best things to do in Jamaica.

If you’re looking for a fun day trip in Jamaica and are up for the adventure getting there (couple hour drive and a boat ride) definitely put the Pelican Bar on your Jamaica itinerary. It’s the coolest bar in Jamaica located in the middle of the ocean on the South Coast of Jamaica.

There are some amazing waterfalls in Jamaica from YS Falls, Mayfield Falls, Reach Falls, and the most famous Dunns River Falls. No matter which part of Jamaica you are staying in there is a waterfall day trip within a short distance.

Things To Do In Negril Jamaica

The laid-back beach town of Negril is one of our favorites in the world. Whether you’re a beach bum or an adventurer, there’s no shortage of great things to do in Negril Jamaica. Located on the far western tip of Jamaica, Negril has stretches of long white sand beaches and also rocky cliffs, both surrounded by clear calm waters.

Seven Mile Beach is often listed as one of the best beaches in the world, as it should be. There aren’t many beaches in the world where you can walk on the white sand for MILES and MILES. To get a photo like about definitely consider buying a drone, nowadays they are so small and affordable it’s worth it! We’ve been flying drones for over 3 years, check out our drone guide here to see which travel drone is best for you.

Negril sunsets are the best sunsets in the Caribbean. Every night just head down to the beach for the free show. Remember to stick around a few minutes after the sun sets as the colors continue to change. If you’re on a honeymoon in Jamaica there is nothing more romantic than a sunset on the beach.

If you are up for a crazy sloppy fun time jump on the booze cruise catamaran that sets sail to Rick’s cafe. It’s totally worth the $59 with an open bar for 3 hours with plenty of rum punches & Red Stripe beers.

Things To Do In Montego Bay Jamaica

It’s one of the most unique Montego Bay excursions you’ll ever do in your life. Swimming with horses in the Caribbean Sea. Take a drive, or book a tour out to St. Anne and stop at Chukka Cove in Llandovery.

Explore the beautiful cave system where James Bond’s Live and Let Die was filmed is one of the top Montego Bay Attractions. But it’s not just famous for the movie, the Green Grotto Caves played a large roll in Jamaican history. 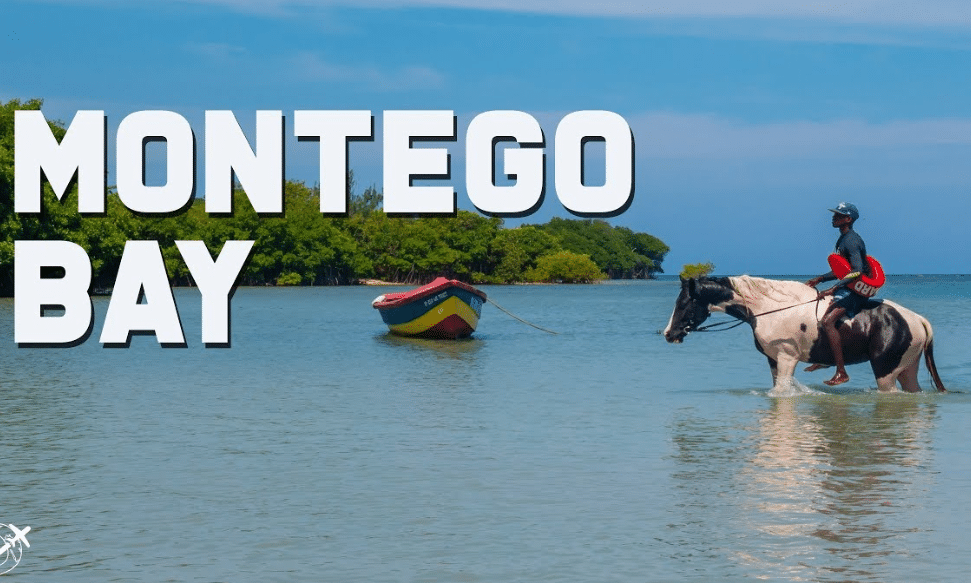 Things To Do In Kingston

Home to half of Jamaica’s 2.7 million people, Kingston is a growing metropolis surrounded by mountains in the north and coastline to the south. Like any major city, its neighborhoods vacillate between socio-economic extremes, and while some areas have earned a reputation for violence, Kingston is well worth a visit. While you’re there, you’ll notice that the sometimes tough environment still provides a major source of inspiration to many Jamaican artists, musicians, writers, and athletes.

Built-in 1881, Devon House remains one of Kingston’s greatest landmarks and historic heritage sites. It is a representation of Jamaica’s rich cultural diversity, with its Georgian Jamaican architecture, typical of plantation homes built by British colonists at the height of the slave trade. The house is decorated with 19th–century furniture, recreating a view of the past. Tours of both the house and the property are available, on which you’ll learn more about the house’s history and what it represents for Jamaicans today. On the grounds of the estate, there are many shops, restaurants, and cafes.

The National Gallery of Jamaica is the largest and oldest public art gallery in the English-speaking Caribbean. Started in 1974, it showcases modern, contemporary, and early art from Jamaica, the Caribbean, and other countries in the surrounding regions. With five permanent galleries, you’ll be able to see everything from Pre-Colombian art created by the island’s indigenous communities to some of Jamaica’s most celebrated artists like Edna Manley and Mallica ‘Kapo’ Reynolds. The gallery also features several temporary exhibitions every year.

Though Jamaica is surrounded by some of the warmest, bluest water in the Caribbean, Jamaicans don’t make it to the beach as often as you might imagine. Beach days are usually reserved for the weekends, and for some Kingston residents, that means taking the ‘canoe’, or ferry, out to Lime Cay. The small cay is located just off the coast of the mainland, close to Norman Manley International Airport. Hired boats shuttle visitors to and from at either Morgan’s Harbour or Y-Knot. We recommend taking your own food, water, and supplies, as there aren’t any vendors on the cay. With a beautiful white sand beach and calm surrounding water, it’s the perfect escape for anyone looking for a break from the city.

Things To Do In Falmouth Jamaica

With the redevelopment and reopening of the Falmouth cruise port in Jamaica, the popular Caribbean destination has seen an incredible increase in tourist activity in the last couple of years. The port which is one of the largest colonial towns in Jamaica is spectacularly beautiful and bears with it a rich heritage.

Falmouth, Jamaica is not a cruise destination to be missed. It’s conveniently located between the popular Montego Bay which is 18 miles to the east and Ocho Rios which is 59 miles to the west.